Distance to the scaling law: a useful approach for unveiling relationships between crime and urban metrics 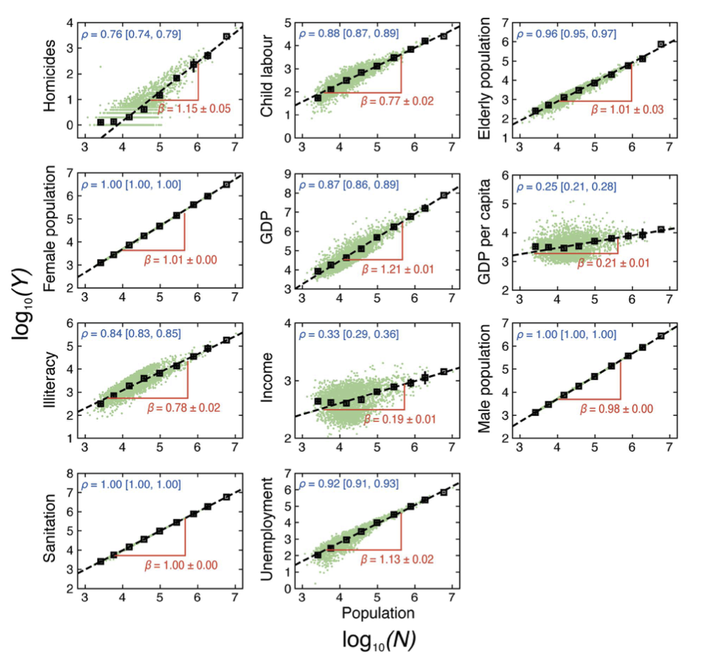