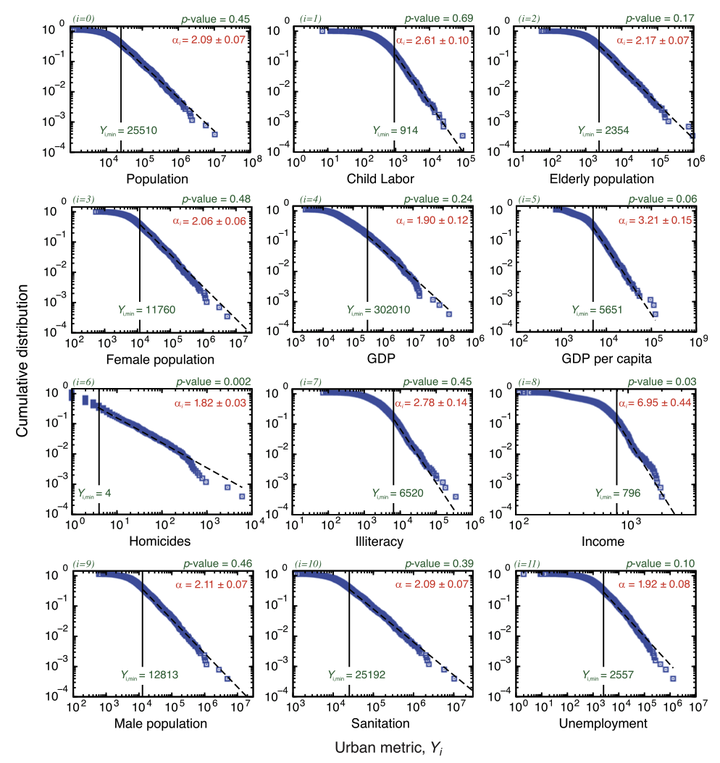 We report on the existing connection between power-law distributions and allometries. As it was first reported in [PLoS ONE 7, e40393 (2012)] for the relationship between homicides and population, when these urban indicators present asymptotic power-law distributions, they can also display specific allometries among themselves. Here, we present an extensive characterization of this connection when considering all possible pairs of relationships from twelve urban indicators of Brazilian cities (such as child labor, illiteracy, income, sanitation and unemployment). Our analysis reveals that all our urban indicators are asymptotically distributed as power laws and that the proposed connection also holds for our data when the allometric relationship displays enough correlations. We have also found that not all allometric relationships are independent and that they can be understood as a consequence of the allometric relationship between the urban indicator and the population size. We further show that the residuals fluctuations surrounding the allometries are characterized by an almost constant variance and log-normal distributions.