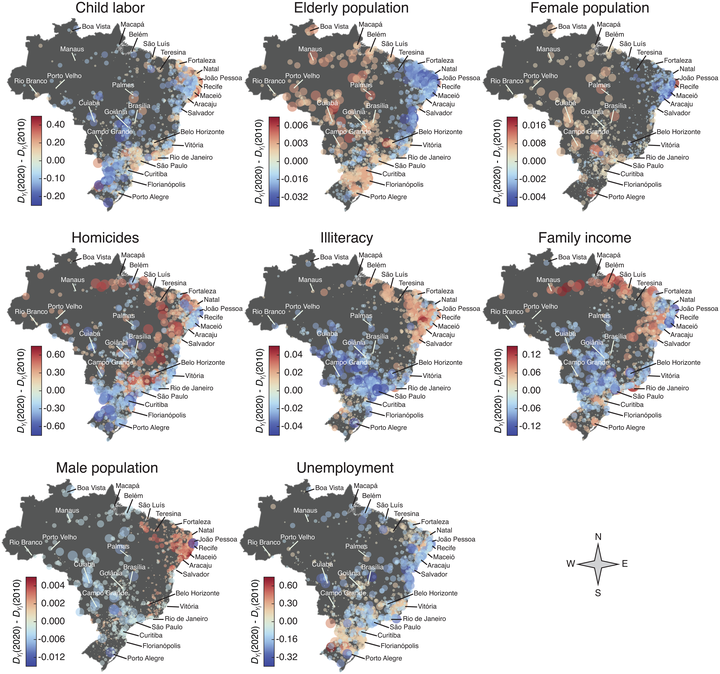 More than a half of world population is now living in cities and this number is expected to be two-thirds by 2050. Fostered by the relevancy of a scientific characterization of cities and for the availability of an unprecedented amount of data, academics have recently immersed in this topic and one of the most striking and universal finding was the discovery of robust allometric scaling laws between several urban indicators and the population size. Despite that, most governmental reports and several academic works still ignore these nonlinearities by often analyzing the raw or the per capita value of urban indicators, a practice that actually makes the urban metrics biased towards small or large cities depending on whether we have super or sublinear allometries. By following the ideas of Bettencourt et al., we account for this bias by evaluating the difference between the actual value of an urban indicator and the value expected by the allometry with the population size. We show that this scale-adjusted metric provides a more appropriate/informative summary of the evolution of urban indicators and reveals patterns that do not appear in the evolution of per capita values of indicators obtained from Brazilian cities. We also show that these scale-adjusted metrics are strongly correlated with their past values by a linear correspondence and that they also display crosscorrelations among themselves. Simple linear models account for 31%-97% of the observed variance in data and correctly reproduce the average of the scale-adjusted metric when grouping the cities in above and below the allometric laws. We further employ these models to forecast future values of urban indicators and, by visualizing the predicted changes, we verify the emergence of spatial clusters characterized by regions of the Brazilian territory where we expect an increase or a decrease in the values of urban indicators.