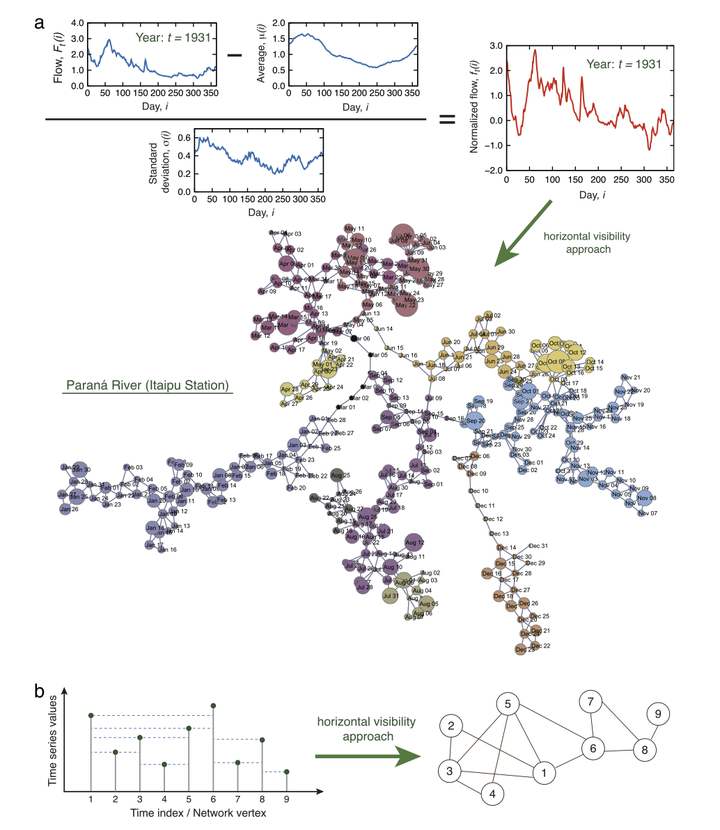 We report on a large-scale characterization of river discharges by employing the network framework of the horizontal visibility graph. By mapping daily time series from 141 different stations of 53 Brazilian rivers into complex networks, we present an useful approach for investigating the dynamics of river flows. We verified that the degree distributions of these networks were well described by exponential functions, where the characteristic exponents are almost always larger than the value obtained for random time series. The faster-than-random decay of the degree distributions is an another evidence that the fluctuation dynamics underlying the river discharges has a long-range correlated nature. We further investigated the evolution of the river discharges by tracking the values of the characteristic exponents (of the degree distribution) and the global clustering coefficients of the networks over the years. We show that the river discharges in several stations have evolved to become more or less correlated (and displaying more or less complex internal network structures) over the years, a behavior that could be related to changes in the climate system and other man-made phenomena.