The hidden traits of endemic illiteracy in cities 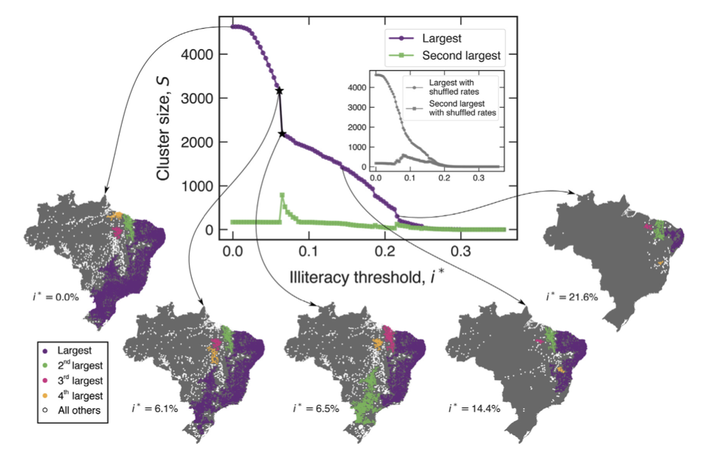 In spite of the considerable progress towards reducing illiteracy rates, many countries, including developed ones, have encountered difficulty achieving further reduction in these rates. This is worrying because illiteracy has been related to numerous health, social, and economic problems. Here, we show that the spatial patterns of illiteracy in urban systems have several features analogous to the spread of diseases such as dengue and obesity. Our results reveal that illiteracy rates are spatially long-range correlated, displaying non-trivial clustering structures characterized by percolation-like transitions and fractality. These patterns can be described in the context of percolation theory of long-range correlated systems at criticality. Together, these results provide evidence that the illiteracy incidence can be related to a transmissible process, in which the lack of access to minimal education propagates in a population in a similar fashion to endemic diseases.