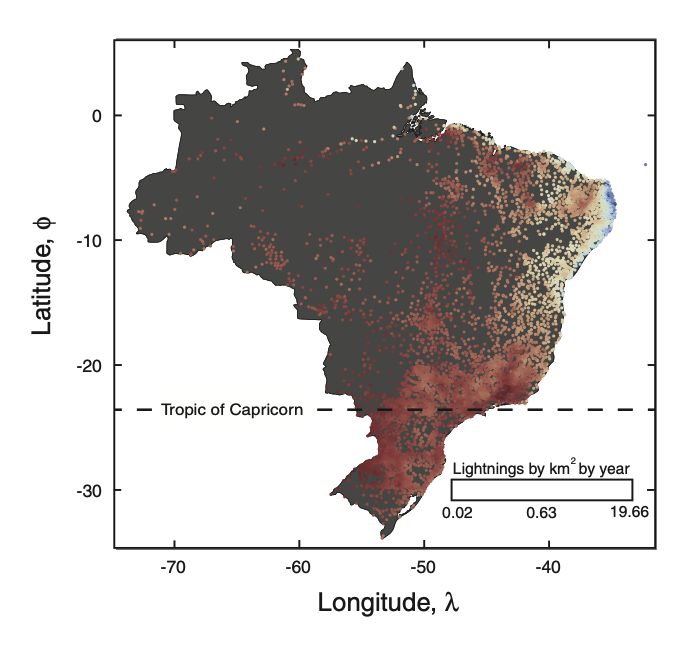 We report on a statistical analysis of the lightning activity rates in all Brazilian cities. We find out that the average of lightning activity rates exhibit a dependence on the latitude of the cities, displaying one peak around the Tropic of Capricorn and another one just before the Equator. We verify that the standard deviation of these rates is almost a constant function of the latitude and that the distribution of the fluctuations surrounding the average tendency is quite well described by a Gumbel distribution, which thus connects these rates to extreme processes. We also investigate the behavior of the lightning activity rates versus the longitude of the cities. For this case, the average rates exhibit an approximate plateau for a wide range of longitude values, the standard deviation is an approximate constant function of longitude, and the fluctuations are described by a Laplace distribution. We further characterize the spatial correlation of the lightning activity rates between pairs of cities, where our results show that the spatial correlation function decays very slowly with the distance between the cities and that for intermediate distances the correlation exhibits an approximate logarithmic decay. Finally, we propose to model this last behavior within the framework of the Edwards-Wilkinson equation.