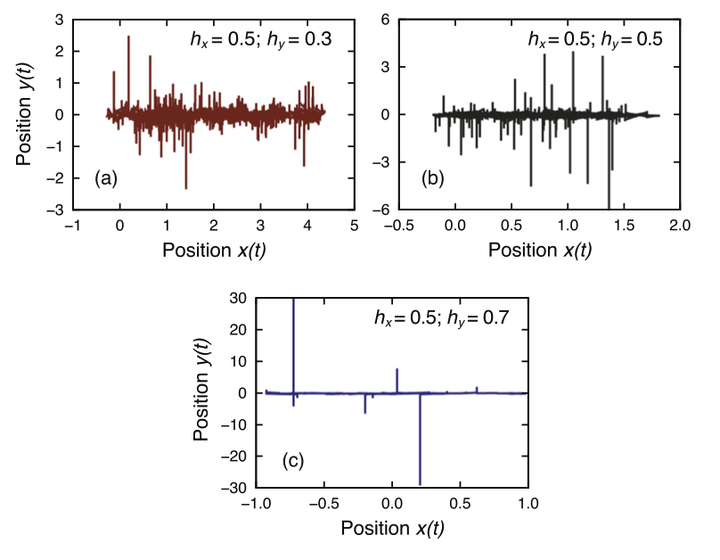 The comb model is a simplified description for anomalous diffusion under geometric constraints. It represents particles spreading out in a two-dimensional space where the motions in the x-direction are allowed only when the y coordinate of the particle is zero. Here, we propose an extension for the comb model via Langevin-like equations driven by fractional Gaussian noises (long-range correlated). By carrying out computer simulations, we show that the correlations in the y-direction affect the diffusive behavior in the x-direction in a non-trivial fashion, resulting in a quite rich diffusive scenario characterized by usual, superdiffusive or subdiffusive scaling of second moment in the x-direction. We further show that the long-range correlations affect the probability distribution of the particle positions in the x-direction, making their tails longer when noise in the y-direction is persistent and shorter for anti-persistent noise. Our model thus combines and allows the study/analysis of the interplay between different mechanisms of anomalous diffusion (geometric constraints and long-range correlations) and may find direct applications for describing diffusion in complex systems such as living cells.